Less than a week ago, the Ant-Man movie, which is based on the Marvel’s comic book with the same title, hit the US cinemas. Well, we can’t say that this film was highly-anticipated. Just admit that the premieres of the new Terminator and Minions put the launch of one more superhero motion picture into the shade. However, the Ant-Man movie has got its audience. So, is it worth watching? In our opinion, definitely yes. At least, in order to find ten differences (well, less or more, maybe) with the previous creations of Marvel studio. 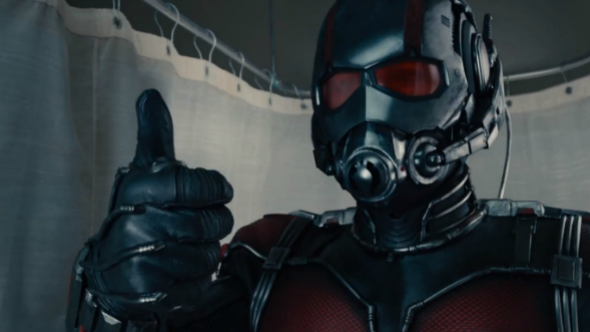 We’ll start from the film’s back story. The true comic book fans know for sure that there were numerous attempts to adapt the tale about the unusual superhero into the movie. The first efforts were made in the 80’s. At that time, the consequences or, to be exact, the premiere of Honey, I Shrunk the Kids film prevented bringing the comic book story to the big screens. Obviously, this motion picture had some common elements with the story created by Stan Lee. After a while, it seemed that everything went fine, but in 2010 the appointed director of the future project - Edgar Wright - quit it because of the conflict with Marvel. And just 13 month before the release, the Ant-Man movie got the new director - Payton Reed. As you probably know, earlier, he worked mostly on the comedies - Yes man, The Break-Up, etc. It’s worth mentioning that all listed above twists left an imprint on the general atmosphere and quality of the new motion picture. 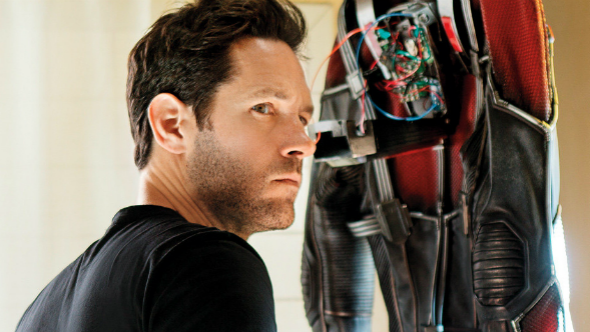 So, if you want to escape the severe routine thoughts, stop thinking how to save the universe and dive into the world of nice humor and thrilling adventures, the Ant-Man movie will help you with that. According to the plot earlier convicted Scott Lang releases from the prison and decides to start a new life without deception and criminal. But once all his efforts fail, several true friends - merry bandits - come to rescue Scott. By the way, the film wouldn’t be so picturesque without this gang. Lang agrees to become “a lab rat” of the widely-known scientist - Hank Pym - who created the unique suit and particles that decrease a human to the size of ant.

Of course, the Ant-Man movie has its cons. Firstly, in our opinion, the scenes dedicated to the relationships between daughters and fathers are too extended. While watching the film, we’ve got the impression that its creators were trying to achieve the level of Marvel’s previous motion pictures, but either they didn’t know how to do it or probably the storyline itself isn’t made for this. All in all, there’s an extra portion of dramatism where it shouldn’t be.

Secondly, to be honest, we had a feeling that something is missing. Maybe, it’s because the Ant-Man movie is more like a spin-off and not another Marvel’s instalment. Who knows. But the scene with one of the Avengers was unnecessary. However, we can understand the film’s creators who just needed an explanation of the Scott Lang’s future appearance in the upcoming Captain America: Civil War project.

And let’s talk about the cast. The role of Ant-Man was given to Paul Rudd who starred mostly in comedies before. However, in this case, such his experience came in handy. Besides, Rudd was a co-writer of the film’s script. His collaboration with Payton Reed has brought several cool ideas and some fresh air to this Marvel’s movie. 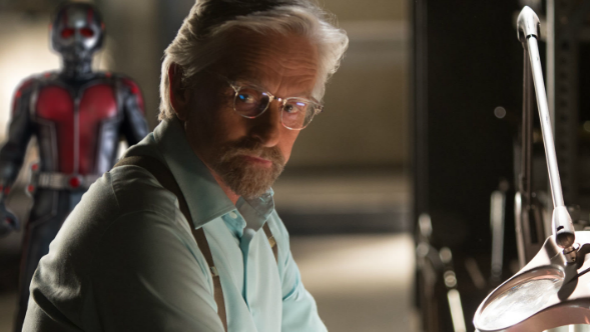 Michael Douglas who plays Hank Pym got into this role very well too. In this appearance, he looks pretty confident - a famous scientist in the formal suit who’s consumed with guilt before his daughter - Hope (Evangeline Lilly). It seems like nothing special, but Oscar-winning Michael Douglas made this role more significant, we think. And for sure, you can’t pay any attention to the above mentioned funny gang which consists of such actors as Michael Peña, T.I. Harris and David Dastmalchian. Also, Corey Stoll managed the role of Yellowjacket quite good. 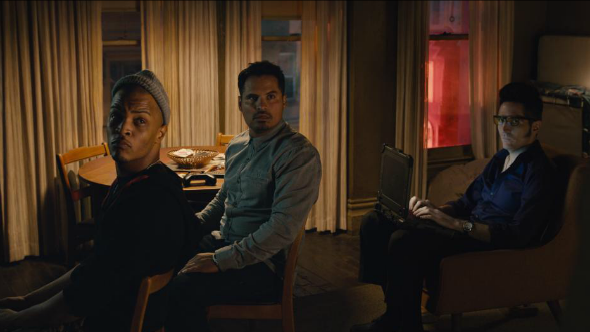 After all, the Ant-Man movie is a typical superhero story, which doesn’t distinguish among many similar ones. But it’s from the first sight. The cast and the shooting team did a great job in order to make it interesting, colorful and unique. We give it 7 out of 10. After all, the project has some negative sides as well. Nevertheless, we advise you watching the Ant-Man movie, and you’d better do this in 3D. 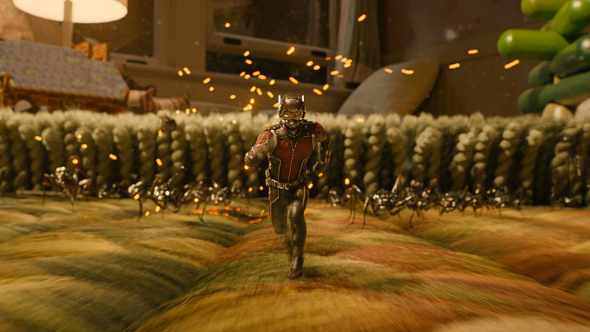