The upcoming Star Wars spin-off has got two directors (Movie)

The future Star Wars spin-off, the rumors about which appeared quite a long time ago, has finally got some new information. Thus, on the official site of the super popular franchise, the names of the film’s directors have been revealed. Yes, there will be two of them - Christopher Miller and Phil Lord. Earlier, they worked on such projects as The Lego Movie and 21 Jump Street.

“We’re so excited to be working with Chris and Phil, who will bring a fresh new dimension to the ‘Star Wars’ universe. They’re two of the smartest, funniest and most original filmmakers around, and the ideal choice to tell the story of Han Solo, one of the coolest characters in the galaxy”, - John and Lawrence Kasdan - the executive producers and screenwriters of the future motion picture - have said.

Also, it has become known that this Star Wars spin-off will hit big screen not very soon. The world premiere of the new movie will take place on May 25th, 2018. Let us remind you that this December the Star Wars: Episode VII film will be released. And in December 2016, we’ll be able to watch another instalment in the series - Star Wars: Rogue One, - which is being shot currently.

The forthcoming Star Wars spin-off will tell about young Han Solo: how he became a thief and a smuggler and his first encounter with Luke Skywalker and Obi-Wan Kenobi.

So, what do you think about such a choice of the directors for the future Star Wars instalment? 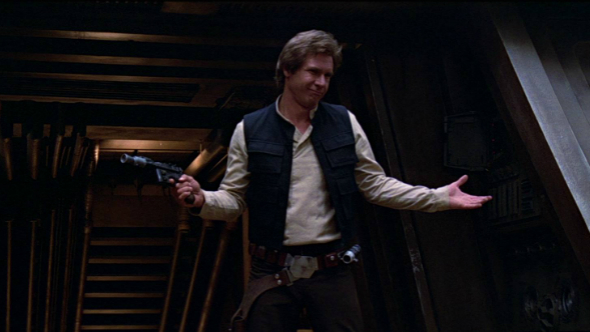