Star Wars spin-off has got the fresh rumors (Movie)

This September, we told you that the Star Wars spin-off is in the works. Then, there was an assumption that we’ll see Obi-Wan Kenobi as a main character in the future motion picture. However, the other day, the new unconfirmed information concerning the upcoming project appeared online. And it has revealed the opposite rumors.

According to the non-official report published on one of the fan sites, the Star Wars spin-off will tell us a story of young Han Solo. Also, there’s a chance that Aaron Paul (Jesse Pinkman in Breaking Bad TV series) will play this role. It’s said that he has stated about a desire to take part in the future film, but it’s unknown as which character.

Besides, the anonymous sources claim that the forthcoming movie has a Luminac Industrial Goods code title and it’s being shooted together with the eighth episode of the franchise at Pinewood Studios. According to the plot, the group of bounty hunters has to steal the building plans of Death Star military battle station. 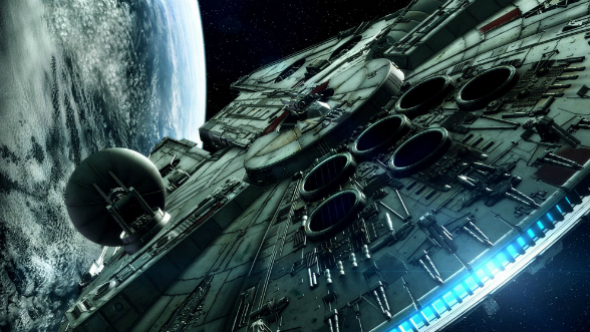 Still, it’s unclear whether we should trust the appeared information or not, because a bit earlier the other rumors filled the Internet. They stated that not Han Solo but some other character, which we’ll see in the future Episode VII in December 2015, will be the project’s protagonist. By the way, the premiere of the Star Wars spin-off is planned for December 16th, 2016.

We’d like to remind you once again that all listed information has got neither confirmation nor denial yet, so we offer you to accept it with a grain of salt.

And whom would you like to see as the main hero of the movie - Obi-Wan Kenobi or Han Solo?