It seems that E3 2015 conference will please the players with another loud announcement. Well, at least, this is what a reddit user with a nickname AnonDN1978 states. In his recent post, he says that earlier he worked as a developer at Rockstar. According to him, this summer, Red Dead Redemption 2 game might be announced. Besides, AnonDN1978 has shared some interesting details of the possible shooter. The appeared information isn’t officially confirmed, so we suggest you not to take it seriously.

So, according to the source, Red Dead Redemption 2 game will have a Legends of the West subtitle and will become a kind of a prequel to the original game. It will be set 12 years before the events of the first instalment took place. Red Dead Redemption 2 game will include three playable characters, two of whom are familiar by the first part in the series. Irish, who moved to America from Ireland, and Seth, who was born in Kansas city and works as a cashier in a bank, will be two main heroes. And the third one may be created by the players. By the way, in the future project, not only the characters but also horses and houses might be customized.

According to the rumors, Red Dead Redemption 2 game will have many tasks from the strangers, about 30 story missions for each character and a multiplayer mode. Also, the new gang system will be one of the project’s features. The players will be able to join several gangs at once and take part, for example, in robberies. However, the gamers can become a part of law enforcement as well, but their opportunities will be limited in this case.

And in addition, AnonDN1978 has written that Red Dead Redemption 2 game will be launched on PC, PS4 and Xbox One.

Of course, all listed above information has no official background, so we must take it with a grain of salt so far. It may even be an attempt to attract the attention and nothing more. On the other side, the rumors concerning the creation of Red Dead Redemption 2 game have been spreading online for a long time, and, as you know, there’s no smoke without a fire. But let’s wait for the official statements from Rockstar. 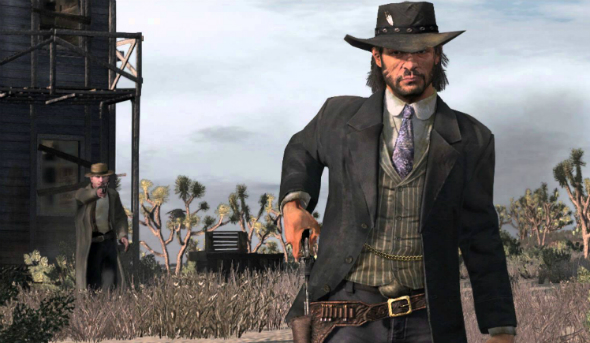