Lately, in the gaming industry it has become incredibly popular to announce the different game bundles, and the developer of Sniper Elite shooter series - Rebellion company - has decided to follow this tradition.

The past week, the franchise’s creators told about their work on Zombie Army Trilogy compilation, more information about which is available here, and yesterday they decided to rejoice the fans of the latest released instalment in Sniper Elite series. Thus, the employees of Rebellion have announced the Sniper Elite 3 Ultimate Edition, have reported, which content it will include, when the bundle will be launched, and have also presented its first trailer. But let’s talk about everything in order.

First of all, we will tell you about the content, which those, who will buy this compilation, will get.  So, the upcoming Sniper Elite 3 Ultimate Edition will offer:

3) 9 additional add-ons with the maps and the modes;

4) Save Churchill DLC, which consists of 3 parts. 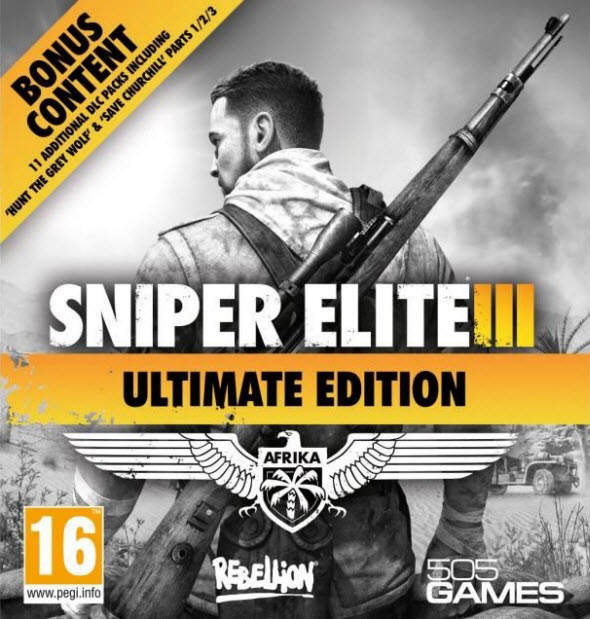 For the current moment, the price of this bundle is unknown, but we are aware of its release date. According to the official information, Sniper Elite 3 Ultimate Edition will be launched on the current and last-gen consoles on the 10th of March.

Besides, as we mentioned earlier, the developers have published the edition’s trailer, and we are happy to share it with you.