Rogue One: Disney’s Act of Kindness

Seems like there are still some kind people in this world. Although this is not the first experience like this I still strongly admire these acts of kindness. The point of #RogueOneWish was to help Neil Hanvey - terminally ill Star Wars fan - to watch the movie far before the premiere. 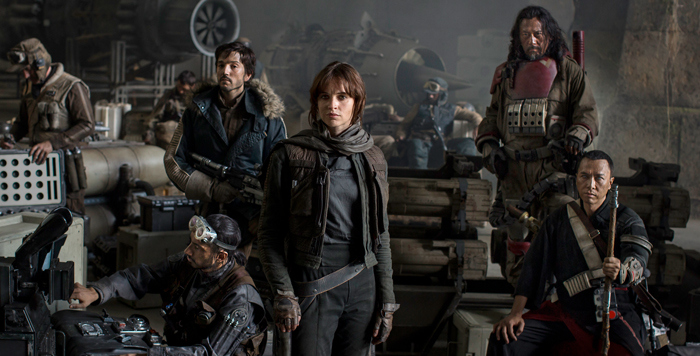 It all started with a hashtag #RogueOneWish as an attempt to attract Disney attention. Eventually, they made it and director Gareth Edwards had shown the movie to Hanvey on Saturday. Later, an accolades message appeared on the St Michael's Hospice Facebook page (the Hospice where Hanvey was all the time), and the day when he saw Rogue One was really special for him.

Hanvey’s combat with cancer was rather long, 3.5 years his body tried to get rid of that sickness. Hanvey passed away on Monday. 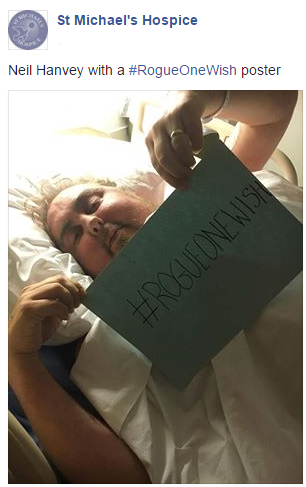 The titles got me shocked at first because it was really weird: ‘A person dies after watching the movie’, like was it that bad? Anyway, I figured out that it was a very kind thing to do. I’ve already mentioned that it’s not the first time when a Star Wars movie was shown before the premiere. According to Cinemablend, a year ago Disney screened the 7th episode of Star Wars for a terminally ill person.
Tags:  #RogueOneWish, Disney, Neil Hanvey, rogue one, Star Wars
comments