Attention, PlayStation 4K/Neo leaked! Today someone posted a confidential Sony presentation on scribd. The magical PDF file was dedicated to the newer and more powerful version of PlayStation. Let’s find out more about it. 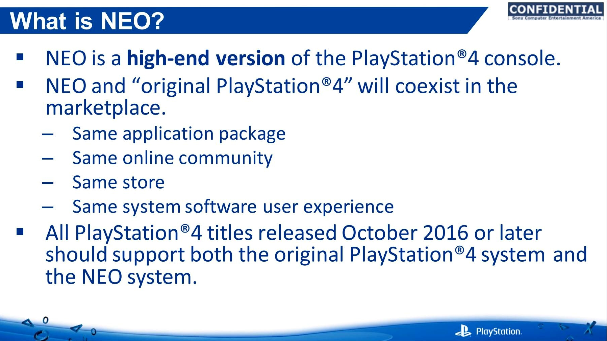 Looks like PlayStation 4k/Neo will come out in October, as it was told that all the titles released in October 2016 (or later) will support both PlayStation 4 and Play Station 4K/Neo. There are things that will be the same: online community, store, system software user experience and application package. 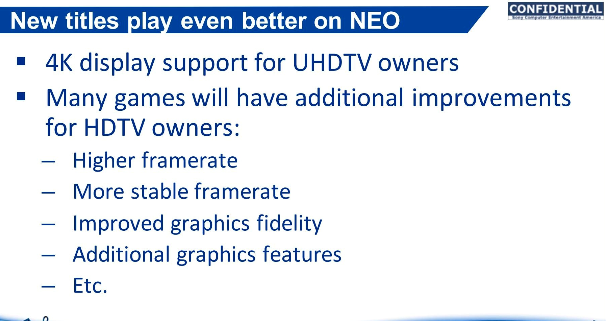 The principal difference between PlayStation 4 and PlayStation 4K/Neo is the capacity. For example, there will be some improvements for HDTV owners, like higher and more stable frame rate and additional graphic features. 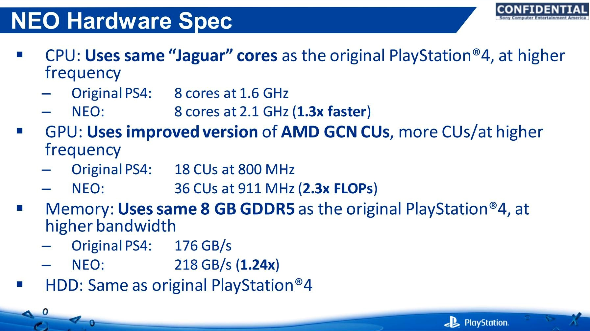 As for ‘exact numbers’: