Home /
News /
Minecraft: out of the box version is delayed

Minecraft: out of the box version is delayed 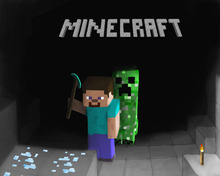 While nothing has been announced yet for Europe, Major Nelson denoted that the release of the Minecraft’s boxed version (which was expected on the 30th of April 2013) has already been postponed in the United States.

Sure enough, the henchman of Microsoft says via Twitter that U.S.A. players will now have to wait until  June 4th before enjoying it. He tells that this additional time will allow 4J Studios' developers to integrate the latest updates for the game. It is not impossible that this delay is mainly due to technical problems caused by the latest patch, and on which the studio is actively working.

Moreover, the next update should be in line to fix bugs which were identified by players.