If you are a fan of the strategy games and anticipate the release of the project titled Grey Goo, then you will like the following information for sure.

A few days ago, this game, the launch of which is scheduled for the 23rd of January on PC, got not only the official system requirements but also the launch trailer. But let’s talk about everything in order.

First of all, we hasten to show you the new Grey Goo trailer, which is dedicated to the game’s soon launch. In the fresh video, you will meet the incredibly terryifying monster - an autogenous entity, - whom is called Goo. In the upcoming game, you will have a possibility to choose one of three factions - Humans, who are able to create the good defensive buildings, the versatile Beta race of the aliens or a mysterious and extremely powerful Goo. No matter which faction you will join, you will have one main goal - fight for the life and the domination on the planet titled Ecosystem 9. And in order you be able to imagine how this Goo and the planet look like, we suggest you watching the fresh Grey Goo trailer.

Besides, a couple of days ago, this RTS got the official page in Steam, on which the Grey Goo system requirements were published. So, if you are really interested in Grey Goo game and would like to buy it, we offer you to check out the specifications, which your PC should meet in order the project work normally, before purchasing this RTS.

Thus, the first Grey Goo system requirements are the minimum ones:

CPU: Intel Core i3 Dual Core with 3.5 GHz or the equivalent;

The next Grey Goo system requiremnts are the recommended ones. Here they are:

CPU: Intel Core i5 Quad Core with 3GHz or the analogue; 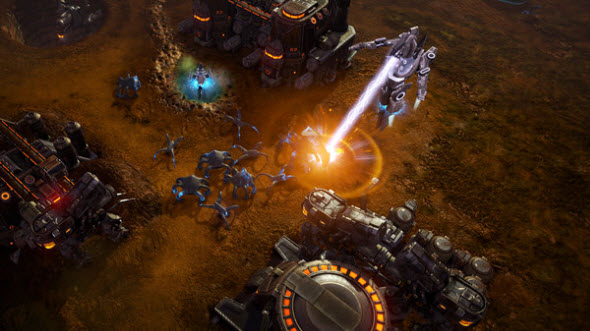 Are you interested in Grey Goo game? What do you think about its launch video and system specifications? Let us know in the appropriate section below.