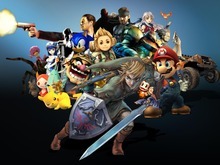 2012-08-02by  2860 views
Far Cry 3
Ubisoft has released new Far Cry 3 cooperative mode trailer. Four players in the multiplayer mode will pass through missions, specially created for this mode. The storyline will take place on the island of the original game, but a half year erlier. What happened next you see in the trailer ...
Medal of Honor: Warfighter
EA showed new look at the history of the Preacher from Medal of Honor: Warfighter. The main character returns home to his family and realizes that his constant absence has violated the harmony of his inner world. He understands that the most important thing in his life - a wife and child, but new mission forces him to leave home again.
Max Payne 3 DLC
RockStar will release new Max Payne 3 DLC - Local Justice on August 9. In this add-on we’ll see three new maps: The Imperial Palace, Departure Lounge and the 55th Battalion HQ, several kinds of new weapons, and also a new faction for the multiplayer mode..
Tags:  Digest, News
comments